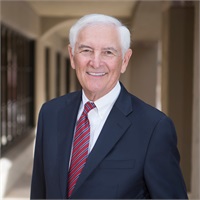 Greg Allen is the founding partner of Disciplined Advisors Group (DAG). At DAG, he oversees client accounts and client development, cultivating relationships and staying active with his hobbies.

Allen’s career in the financial industry began in 1972 with Merrill Lynch. Five years later, he started as a financial advisor with Morgan Stanley Dean Witter (now Morgan Stanley) where he spent 25 years working as a branch manager in Santa Fe, Oklahoma City, and Chicago.  He also served as a Regional Sales Manager and ended as Regional Director for Morgan Stanley’s Southwest division in Dallas. After a short retirement, Allen returned to the financial industry as the National Sales Director for Banc of America Investment Services (BAI).  At BAI, Allen was responsible for over 3000 financial advisors and their retail offices nationwide.  Leaving the big corporate firms behind, Greg started Disciplined Advisors Group to use his experiences to help his friends and family with their investment needs.

During his career in the financial industry, Allen served in the New Mexico, Texas and Oklahoma National Guard. While serving, he received the Texas Adjutant General's Individual Award and the Department of the Army's Army Achievement Medal.

Allen has also played an active role in the community throughout his professional career.  He has been on the board of directors for Make-A-Wish Foundation of North Texas, served on the Board of Governors for Concord University and presently Chairman of the Investment Committee for Concord's Foundation.

Allen graduated from Concord University, where he received a Bachelor's of Science in Business Administration with an emphasis in Economics in 1970.  He received his Certified Financial Planners (CFP) designation in 1984.  Additionally, Allen has taught classes in Economics/Investments for the University of New Mexico, Los Alamos branch and financial planning for the College of Financial Planning.

Greg, along with his wife Lorraine, have a son and a daughter plus four grandchildren.

Connect with me on LinkedIN